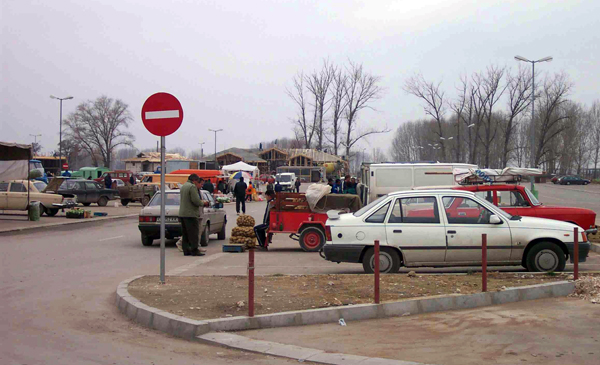 ABG was contracted by GTZ to implement a technical assistance project to assist the development of fruit and vegetable markets in Bulgaria. The project had a duration of 2 years and was located in Haskovo, Sliven, Pazardjiik, Plovdiv and Sofia.

The TA project implemented by ABG is part of a combined financial and technical assistance project involving bi-lateral (GTZ) and multi-national donors (EBRD). The whole project concept was based on a master plan elaborated in 1992. This master plan stressed the need for designing and building of several green site wholesale markets for fruits and vegetables all over Bulgaria. The main assumption was that the construction of green site wholesale markets would significantly improve the marketing and indirectly the production conditions for fruit and vegetables. With this concept Bulgaria should turn out to regain its important position as exporter for fruit and vegetables.

The failure of green site markets based on oversized investments and far away from big consumer markets was proven again in Haskovo and Sliven. When ABG was contracted the two wholesale markets were rather empty and still stakeholders were promoting the idea to build with an investment of rather 5,0 Mio. Euro an additional green site market in Burgas or Plovdiv or Pleven.

The context of this project was rather difficult. In spite of the economic rationale some stakeholders are still promoting the establishment of oversized green site markets based on very high investments. In this difficult framework ABG has thoroughly identified the technical and financial weak points of the current strategy, presented an alternative strategy and was able to show in different examples the success of the proposed alternative strategy.